The Neuroscience of Mindfulness

Over the past decade, there has been a rise in the use of mindfulness-based interventions in schools around the world to promote psychological health and well-being (Burke, 2009) as well as a tool connected to social-emotional learning standards and competencies. Although there are many different definitions and concepts of what mindfulness is and is not, mindfulness can be defined simply as, “the awareness that emerges through paying attention on purpose in the present moment, and nonjudgmentally to the unfolding of experience moment by moment” (Kabat-Zinn, 2003). Further, mindfulness is the overall ability to be fully aware of the experiences inside the mind and body as well as being able to pay attention to the various experiences outside of the body in the natural world (Wells, 2015).

As mindfulness and mindfulness-based interventions become more popular in schools, it is important to investigate what benefits mindfulness has on youth and their development through the field of neuroscience. Through the research and literature collected, it is clear that mindfulness generates stillness, moment-to-moment awareness, and calm centered breathing can all work together to decrease anxiety, blood pressure, depression while increasing immunity, compassion, empathy, and non-reactivity (Wells, 2015). However, this month, we dig into how mindfulness has been found to impact brain development.

New and evolving research on mindfulness and the brain indicates mindfulness and meditation can influence connectivity in various brain regions. One study, by Taylor et al. (2013), looked at MRI data from an experienced meditation group compared with a beginner meditation group. The experienced group consisted of participants who have acquired over 100 hours of meditation training compared with the beginner group who had no prior experience to meditation. The research team found that the group with meditation training and experience showed connectivity changes between core default mode network (DMN) regions of the brain which accounted for a strengthened present-moment awareness. This research team used MRI technology to identify the increase in present-moment awareness as a direct correlation of the participants in the experienced meditation group connected with their meditation and mindfulness practices (Taylor et al., 2013).

Another study investigated how mindfulness breathing exercises can have a possible impact on the brain. One core element of mindfulness and meditation practice is the ability to focus ones’ attention on a physical sensation, typically the breath.   Dickenson and colleagues (2013) studied how mindfulness practices, specifically deep breathing techniques, and breath awareness, impacts the neuro pathways and the brain. Dickenson et al. (2013) had a group of healthy participants completes a task with both mindful attention (focused breathing) and control (unfocused attention) conditions through an MRI scan. The researchers found that groups who practiced focused breathing through MRIs recruited attention networks including parietal and prefrontal structures. This study found that neural mechanisms of mindfulness practices are related to attention process and positively moderate brain activation (Dickenson et al., 2013).

When investigating mindfulness and the impact on neuroplasticity, Leung et al. (2013) looked at brain structural changes related to the practice of emotion-orientated meditations such as the loving-kindness traditions. Loving-kindness meditations is a practice of sending love and kindness to the world typically through a seated meditation with eyes closed. This research team found that there was an increase in gray matter volume in the right angular and posterior parahippocampal gyri in those individuals who practiced loving-kindness compared to those who had not practiced the meditation arguing that the right angular gyrus has a very key role in the theory of mind. As well, the group of meditators had a higher sense of cognitive empathy which is important for affective regulation such as empathic response, anxiety, and mood.

Through the literature review on mindfulness and the brain, there were three common parts of the brain discussed where impacts were seen through MRI brain scans. The main body of research has found how mindfulness impacts the brain through three areas: the amygdala, the hippocampus, and the prefrontal cortex. Firstly, research has found that after practicing mindfulness, the grey matter in participants’ amygdalae become smaller as well as this part of the brain becomes less active. This change in the size of the amygdala can be attributed to showing a decrease in stress and fear (Lutz, Slagter, Dunne, & Davidson, 2008) (Desbordes, Negi, Pace, Wallace, Raison, & Schwartz, 2012).  Further, in the hippocampus where critical learning and memory take place, through mindfulness practice this part of the brain become more active and has shown more gray matter density (Goldin & Gross, 2010) (Holzel, Carmody, Vangel, Congleton, Yerramsetti, Gard, Lazar, 2011). Finally, through mindfulness training the prefrontal cortex, where the brain regulates emotions and behaviors, is more activated following mindfulness (Chiesa & Serretti, 2010).

Overall, the research has found positive impacts of practicing mindfulness in relationship to brain development. Programs such as Empowering Education are teaching youth from an early age the importance of finding helpful coping tools and strategies, such as mindfulness, to use when stressful and challenging situations arise. 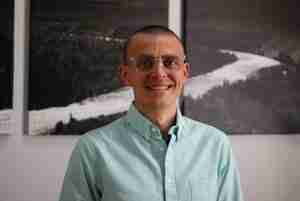 About the Author:  Charlie Merrow has over a decade of experience working with youth across the world in the United States, Southeast Asia, and Sub-Saharan Africa as an educator and mentor. His passion lies in promoting education equity and youth development through mindfulness and inclusive practices. Charlie is a Ph.D. student studying education and human development, a licensed special education teacher, a Returned Peace Corps Volunteer, and a registered yoga instructor.