The Hard Truth About Teaching Social and Emotional Learning (SEL)

We believe in what we do. We believe it has meaning, value, depth and (pardon the cliché) truly makes a difference. As such, we have a tendency to tout the merits of our work. We like to tell success stories, to share the heartwarming moments from our lessons and to satiate funders with impressive survey data. What we do not often share publicly is the more difficult aspects of our work; the challenging moments that every educator, parent and counselor encounters day in and day out. The truth is that teaching SEL is a messy endeavor. As with any new concept, we encounter a great deal of resistance and barriers. I want to take a moment to talk openly about these difficult moments, how we find meaning in them, and why they may just be a crucial part of the process.

Let's start with the story of "James." Athletic, handsome, sensitive and totally unsure of himself - James often portrayed some of the strongest outward displays of the emotional roller coaster of adolescence. Though he tried desperately to maintain an air of confidence and cool in front of his peers, James was emotionally labile and quickly jumped to extremes of anger and sadness. It was not uncommon for him to leave the classroom in tears or to brazenly defy all requests for respect and cooperation. What you could not tell from looking at James is that he, like so many other students, brought a great deal of emotional baggage to school. His home-life was far from stable and at the age of 12 he had likely dealt with more conflict, grief and uncertainty than many adults have faced. James falls into the "at-risk" category: young, bright and full of potential; yet teetering on the edge of two very different paths and pulled between the force of his inner voice and his outer world.

Now that you know James, let's take a look at how he fit into our SEL lessons. To put it simply, James, "hated SEL." He wasn't shy about expressing this either. Though he began the semester excited about a new environment and the group initiatives, he gradually started acting out more frequently and refusing participation and assignments. Soon James became a ringleader of boys dead-set against the SEL lessons - distracting from the lesson, mocking the class and the not-so-occasional angry outburst. In one crescendo of emotional experience James quite unexpectedly let the truth of his behavior slip out. Tears in his eyes, he shouted, "I have enough emotions to deal with at home, and now I have to come to school and think about them!"

Unknowingly, James had hit upon one of the key challenges of social-emotional learning. Though our lessons are not structured as a therapeutic intervention, it is impossible to separate the teaching of social and emotional intelligence from the raw experience of life. The discussion of these topics and the attempt to instill new skills to deal with them naturally engenders resistance. Change is simply uncomfortable.

Fast forward a few months. Semester one has ended, James is no longer in the class, he greets me with a smile and a "What's up Mr. Dubs," every morning and stops by regularly to teach me a new handshake. This coming from the student who ignored my hellos not long ago comes as a surprise, though I chalk it up to another mystery of the teenage brain. Last week James found me in my classroom early in the morning and invited himself in for a chat. He said he was doing well and began asking about the SEL lessons this semester. He made a few jokes about how unlucky they were and then, unsolicited, dropped the bomb, "you know, those lessons weren't so bad." I was shocked, and made little attempt to hide it. "What?" I replied, "you hated my class." He smiled, "No. I mean, it was hard, but looking back I actually learned a lot. I can talk about my feelings a lot easier now and I use SMART goals all the time." I don't think he knows he made my whole month.

So why tell this story? We can assess the value of our work any number of ways - I can tell you the improvements we saw in our pre- and post-surveys, I can tell you how our curriculum aligns with Common Core Standards, or I can sell you on the national research that has been done on SEL programs. All of this, however, fails to capture the true value of what we do. In a class that focuses primarily on relationships the course and outcomes of what we do, just as in a relationship, are by their very nature ambiguous. I am reminded of a therapist I worked with who received a letter from a former client many years down the road. "I was a jerk when I left the program," he stated, "I was a jerk in my aftercare program, and a jerk when I got back home. Five years later I'm finishing my first semester of college and realizing what a difference you made in my life." It is the rare student who will offer this sort of thanks, but it speaks to a truth that we must believe if we are to continue in this line of work: we cannot know the true impact of what we do. We will encounter challenges, resistance and rarely feel certain about the way each day went. If, however, we remain steadfast in our approach and our ability to care for each individual, no matter how troublesome, we will undoubtedly plant seeds for future growth. When these seeds take root is not ours to control.

We're a non-profit that supports K-8 schools with an Social and Emotional Learning program that is fun, effective, and easy-to-use. It's also trauma-informed, in English and Spanish, and built in diverse schools for diverse students. We train schools and we're friendly and mission-driven, so reach out!
Next: The Fight-or-Flight Response → 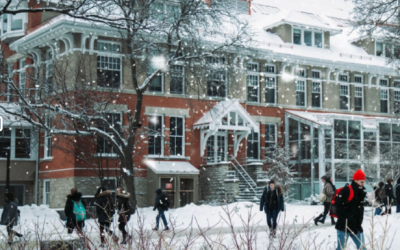 by Charlie Merrow | Mindfulness in the Classroom

Five Tips to Reduce Winter Break Anxiety Teachers are almost always excited about an upcoming vacation, but as we... 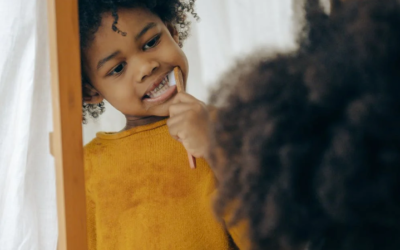 Self-Care for Kids: 6 Simple Tips for Parents or Teachers

The term “self-care” has gained much traction in recent years, but what does it mean for children? Self-care... 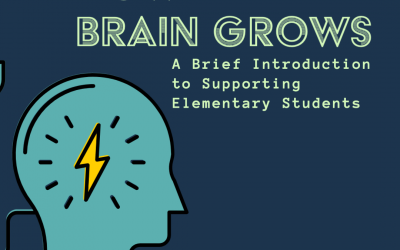 Neuroplasticity for Kids: How the Brain Grows

by Emma Espel | Blog, Mindfulness in the Classroom

A Brief Introduction to Supporting Brain Growth of Elementary Students Did you know throughout our lives our brain...